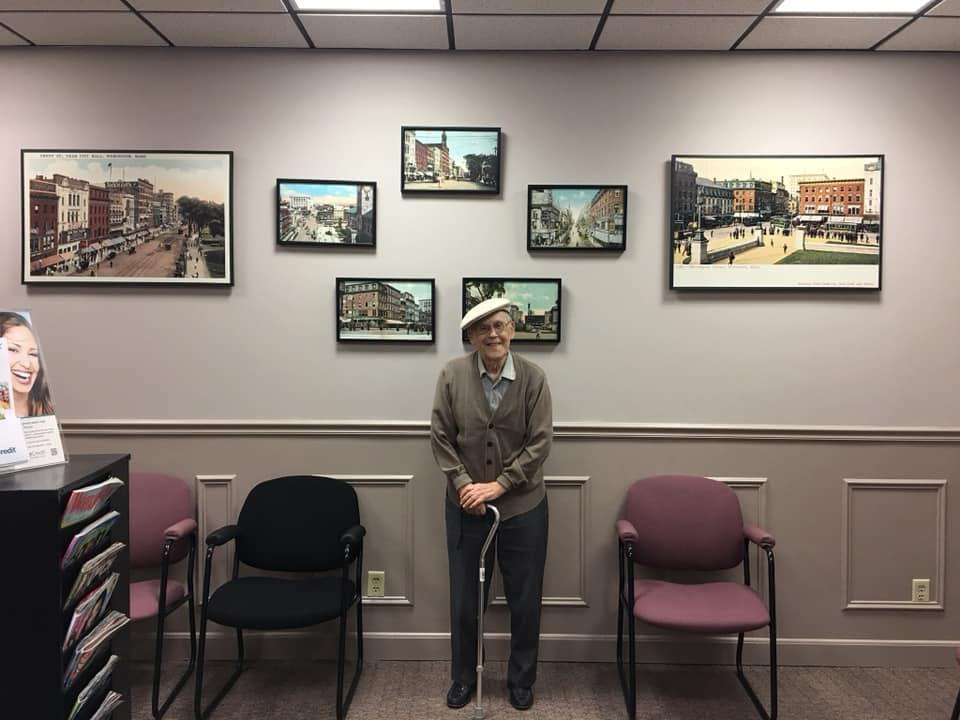 Worcester Dental Associates Pays Tribute to Its' Founder, Melvin Budish, as it Celebrates 70 Years in Business

The Worcester Dental Family has suffered a great loss with the passing of its founder Melvin W. Budish on January 3, 2020.

Melvin Wolf Budish of Worcester Massachusetts, passed away peacefully with his family by his side at the age of 103.  He was born on March 9, 1916 in Dorchester to the late Louis and Bertha (Fisher) Budish and was predeceased by his loving wife of 69 years, Lena (Abramovitz) Budish, who died in 2007.

Mr. Budish moved to Worcester as a young child and remained a Worcester resident. Mel graduated from Commerce High School in 1931. He was a World War II Veteran, serving in the U.S. Army at Fort Devens, MA, Camp Crowder, MO, and as a corpsman in a California VA Hospital Dental Clinic.

Mr. Budish was an active member of the Worcester Community. He was a member of the former Temple Emanuel, The Jewish War Vets, Worcester Housing Authority, Massachusetts Sanitation Commissioner, Trustee for Becker College, Worcester Airport Commissioner and a close friend and supporter of the Trappist Monastery in Spencer, MA. During his younger years he loved to play softball, handball, and flying his single engine Cessna plane. He continued his love of poker games with friends and at Foxwoods Casino till the age of 100.

He will be greatly missed by the entire Worcester Dental Family.

The Worcester Dental Vision Statement was developed by Mr. Budish:

At Worcester Dental Associates our philosophy is to provide treatment to the whole person - with a special focus on how your teeth and gums relate to your total body health. We want you to be confident that your smile achieves your goals for comfort, function and appearance. We're here to make that happen.

We also understand that choosing a dentist is an important decision. After all, your smile is your greatest asset and says a lot about your overall health. From the moment you walk in the door, you'll be welcomed by a caring staff in a relaxed, stress-free environment where the patient can feel at ease.

70 years later and all of us at Worcester Dental Associates are dedicated to continue with Mel’s Vision Statement as the backbone of our dental practice.

Worcester Dental Associates is a general dental office located in downtown Worcester at 88 Pleasant Street. Worcester Dental offers a full range of general & cosmetic dental services at our office to help you achieve your perfect smile, such as; preventive care (cleanings, sealants, dental exams and x-rays), dentures, partial dentures, implant supported dentures, crowns, fillings, bonding, tooth whitening and more. We utilize the latest in dental technology and techniques in order to offer you the best preventive care and treatment available in Worcester. Worcester Dental was voted BEST DENTIST in WORCESTER and BEST DENTIST IN CENTRAL MASS!